30% discount on all silver jewelry. Use the code "Sweet Deal"
0 Items 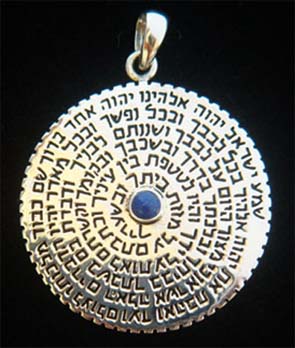 I’ll be showing lots of new work at the 2012 Greater Chicago Jewish Festival. The following is their latest press release.

The 2012 Greater Chicago Jewish Festival has an incredible juried art fair with great items to purchase for your home.
We enclose below a new press release about the great art fair at the Festival.
Have you signed up for table space at the June 10, 2012 Festival? If not contact Lisa Drucker at 847-673-3131.

See you at the Festival,

GREATER CHICAGO JEWISH FESTIVAL FEATURES ART FROM AROUND THE WORLD

The Greater Chicago Jewish Festival will showcase a juried art fair with 50 artists from around the world on Sunday, June 10, 2012. Artists will be showing and selling everything from paintings to soft sculpture in addition to jewelry and wearable art. Artists include Ketuba (marriage contract) calligraphers, weavers and ceramists.

And for the thousands who attend, Jewish and non-Jewish, it is a chance to see, hear and taste the entire scope of Jewish cultural expression.

“We started the Festival in 1980, partially to explore evolving expressions Jewish identity in America and partially to demonstrate that as a community we can gather not just when there is a need to respond to community crisis”, explains Michael Lorge, founder and chair of the Festival. The Greater Chicago Jewish Festival has become the largest event in the Chicagoland Jewish community and the longest running Jewish Festival in America. People travel from around the United States to be part of the daylong, all volunteer, celebration.

“We create a kind of town square of Jewish Chicago, where people meet, sing and eat and get to appreciate Jewish culture”, says Lorge. “It is just a kick to throw a party for 20,000 folks and know that for that day everyone gets along and enjoys the music, food, dance and art”, he adds.

The Festival will be held on Sunday, June 10, 2012 from 11:00 a.m. until 6:00 p.m. at the Cook County Forest Preserve on Oakton Street, west of Lehigh Street in Morton Grove. There is plenty of free parking and a shuttle for parkers to get to the main gate. There is a suggested donation of $5 per person. The web site for the Festival is www.jewishfestival.org.